For those who aren’t familiar with electrolyzers, they are devices that split water into its atoms of hydrogen and oxygen by using an electrical current. Once the hydrogen has been split from the oxygen, it can be used in a fuel cell or even stored in a tank to be used later. What makes this different from other fuel options? Electrolyzers have no byproducts that hurt the environment. The only byproducts at all are water and heat.

Both private companies and the United States Department of Energy have been testing and developing production methods for renewable hydrogen for many years. Companies have build public fueling stations that can produce hydrogen in this way to offer a truly environmentally friendly option for fuel.

Even so, it can be prohibitive to produce hydrogen in this way when you consider cost. That’s why this process hasn’t become widespread and enjoyed commercial success. The stations that choose to use electrolysis produced hydrogen would have to pay through the nose to provide it for customers and, simply put, nobody wants to deal with that.

One way to make the hydrogen more economically viable, while also adding to its cleanliness, is if companies take advantage of any surplus renewable energy assets. In California, where a decent amount of retail electricity sales are based on renewable energy, overproduction of wind and solar energy led to the state dumping 19 gigawatt-hours of energy in 2014. To prevent this issue again, electrolyzers may be the answer to serve as energy storage and use that excess to make hydrogen.

Just like a battery, electrolysis can easily adjust its flow to provide proper supply on the grid based on the demand for electricity. The National Renewable Energy Laboratory has noted that electrolyzers can respond at an enormous pace to offer frequency regulation and demand utility responses.

As renewable energy contains to fill the power grid, there will always be moments when more energy is needed. Electrolyzers can fill that gap and provide what is needed for the market. When they aren’t needed, they can then be turned off until the next moment they are required.

Dioxide Materials is in the business of developing environmentally friendly technology based on renewable fuel, water, and carbon dioxide. To learn more about our services and products you can reach the office. 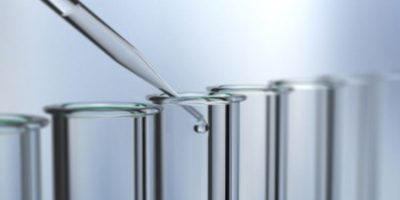